The Gluten-Free Living Team is conducting a reader survey right now so that we can learn as much as possible about our readers!  What are your interests?  What editorial content appeals to you?  Do you use our website and/or our social media platforms?

Your answers will really help the editorial staff at Gluten-Free Living determine the content we provide for you in future issues.  As a thank you, we are entering our survey participants into a drawing for a Gluten-Free Goody Bag!

A few of our advertisers have supplied some GF treats for 10 lucky prize winners. 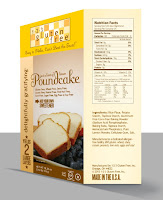 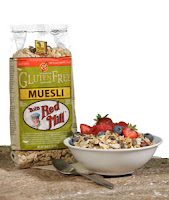 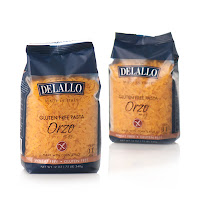 123 Gluten Free Delightfully Gratifying Poundcake-this is the newest mix available which will allow the user to add their own choice of sweetener.

Bob’s Red Mill Muesli-a hearty and healthy GF breakfast option. A great start to the day with yogurt and fruit. 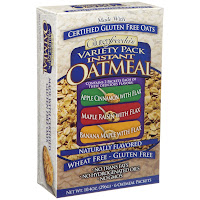 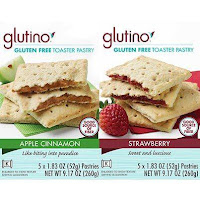 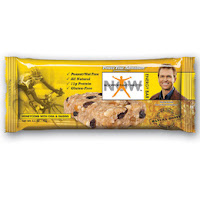 No Opportunity Wasted (NOW) Honeycomb with Chia & Raisin Energy Bar-Is it an energy bar or a tasty dessert?

Schar...not sure quite yet what will be in the bag but they will have something tempting!
Again, please take our quick survey and ten lucky people will have a box of gluten-free goodies arrive on their doorstep! Click here for survey link. 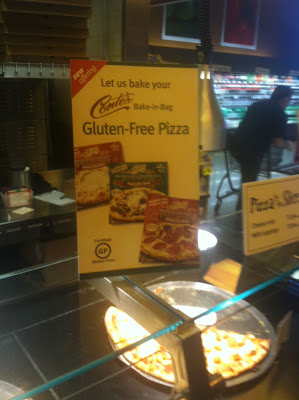 Wegmans has come up with an innovative way to serve safe gluten-free pizza. It takes advantage of Wegmans combination of supermarket and cafe service.

Wegmans' Market Cafe pizza shop is stocking Conte's Bake in the Bag pizza in its freezer so gluten-free customers can order a pie on the spot or call in for pick up. The pizza is cooked is a sealed bag so cross-contamination isn't a worry.

In an interesting twist, the pizza is also available in the freezer in the Nature's Market Place, a section of the supermarket where most gluten-free items are sold. A customer can purchase the pizza from the market and get it baked in the pizza shop or take it home to bake.

You only pay for the cost of the pizza no matter which way you choose.

Trish Kazacos, a registered dietitian who is Wegmans nutritionist and is gluten free herself, said offering gluten-free pizza is a joint venture between the cafe and market place. "It gives everyone lots of flexibility," she said.

As it launches, the pizza will be available in the 40 of Wegmans 81 stores in six East Coast states. Some cafes have an oven with an open flame and the bagged pizza can't be cooked in them. A list of stores where it will be available will be posted soon on Wegmans Fresh Stories blog.

Conte's pizza comes in three flavors, cheese, pepperoni and margherita, but availability will vary, with some stores only carrying two until the program gets fully underway. It's a good idea to call ahead to check.

The system addresses two  problems that can come up when serving gluten-free pizza along with regular pizza - cross contamination and reliable availability. Conte's bagged pizza is also sold at Chuck E. Cheese's pizza locations throughout the U.S.

Two Important Gluten-Free Studies You Can Help With

You can help the gluten-free community by taking part in two important surveys.

The first was set up by Tricia Thompson, a dietitian who specializes in celiac disease, and Brian Jackson, PhD of Dartmouth College, to get some real numbers on how much rice gluten-free consumers eat.

Concerns about arsenic in rice have been raised by Consumer Reports. In a recent story, the magazine said it found "worrisome levels" of arsenic in many rice samples tested.

Since those who follow the gluten-free diet typically eat a wide variety of products made with rice and rice flour, it seems they could face a greater risk of being exposed to harmful levels of arsenic. Aside from rice itself, rice flour  and starch is found in products as varied as cereal, pasta, bread, crackers, cookies and rice drinks, often as a primary ingredient.

So far gluten-free consumers have been advised it's not necessary to avoid rice, but to eat a diet that includes a wide range of gluten-free grains. Brown rice is a gluten-free whole grain that has been encouraged as a healthy addition to the gluten-free diet. But it was cited as being likely to contain more arsenic than white rice . Some experts worry that fear of arsenic will drive people away from this grain, choosing nutritionally devoid gluten-free flours and starches instead.

While the assumption is that gluten-free consumers face greater risks, there is little data on rice consumption. The survey is designed to help correct that. It's open to adults who have been diagnosed with celiac disease. You can access it here. You have until April 24 to fill it out.

The second survey is being done jointly by the National Foundation for Celiac Awareness and the Jefferson Celiac Center in Philadelphia. It's designed to find out what doctors tell their celiac disease patients about having family members tested.  The study investigators hope to use this information to improve screening strategies for celiac disease.
You can access it here.

These are two simple steps you can take to improve the gluten-free world for yourself and others.

Is the long gluten-free wait nearly over?

It seems gluten-free labeling rules may finally be put into place by early summer.

The Food and Drug Administration at the end of February sent the rules to the White House Office of Management and Budget. This is the last step in the regulatory approval process, according to the American Celiac Disease Alliance (ACDA).

The ACDA says the budget office attempts to complete review of rules within 90 days, meaning a final gluten-free definition could be ready in early June. That’s a not a certainty – we’ve learned nothing is when it comes to gluten-free labeling – but the ACDA is hopeful a decision will fall in that timeframe.

Some gluten-free advocates are still leaving nothing to chance, including Rep. Nita Lowey, a New York Congresswoman who authored the original bill calling for gluten-free labeling, and Alessio Fasano, MD, a celiac disease expert and director of the Center for Celiac Research at Mass General Hospital for Children. The pair co-wrote a blog in the Huffington Post last week pushing for federal standards for a gluten-free products.

"Until there are proper food labeling regulations for gluten-free products, people with celiac disease are at the mercy of unregulated food manufacturers to set the exposure level to gluten. This is like allowing a stranger to determine the insulin dose that a person with diabetes receives without knowing anything about their individual needs," they wrote.

If it’s been so long since the rules were proposed that you’ve forgotten what they call for, here’s a quick recap.

Foods labeled “gluten free” could not contain wheat, barley or rye. Ingredients made from these grains would be largely prohibited, but there is allowance for some that have been processed to remove gluten protein. Oats would not be allowed unless they are specialty gluten-free oats grown and handled to prevent cross-contamination.

Foods labeled gluten free would have to test to less than 20 parts per million of gluten, a standard considered safe by many celiac disease experts and adopted in other countries around the world. The tests would measure gluten from any source, including cross-contamination. Currently a gluten-free label can be used on a food that does not include gluten in the ingredients, but cross-contamination does not have to be taken into account. Gluten-free labeling would continue to be voluntary.

The rules would apply to foods regulated by the FDA, but the U.S. Department of Agriculture and the Alcohol and Tobacco Tax and Trade Bureau, which oversee meat, poultry and eggs and alcoholic beverages, respectively, have said they will also apply FDA standards once the a gluten-free definition is approved.

It’s not clear whether the proposed rules and the final rules will be identical. In particular, tests for gluten have improved since the proposal was made, and there may be some adjustment in that area.

The rules are edging close to being five years late in coming. So while we are hopeful, as always, we’re also cautious. We’ll keep you up to date on the latest news in print and online.

A gluten-free lifestyle is not always friendly to your bank account. But if you have celiac disease and fairly high medical expenses you may be able to take advantage of some gluten-free tax deductions.

If it’s too late to meet the paperwork requirements this year and you think you might qualify, it’s never too early to begin preparing for next year.

Be prepared with some key documents if you decide to file these deductions:

1. A documented diagnosis of celiac disease from your doctor and a prescription to follow a gluten-free diet. The tax break does not cover those with gluten intolerance or gluten sensitivity.

2. Receipts for every specialty food purchase made throughout the year, for example gluten-free crackers or flour. Naturally gluten-free foods such as produce and meat are not covered. You should also keep receipts for the shipping costs of gluten-free products delivered to your home.

4. A log of the mileage to and from grocery stores for gluten-free purchases. Be sure to look up the year’s mileage rate and also keep track of any tolls and parking fees.

5. A record of other medical expenses like co-pays and doctor-prescribed supplements not covered by insurance.

While it’s a time-consuming to keep track of receipts and calculate the difference between gluten-free and gluten-containing equivalents, the tax deduction can be valuable in years when you have high medical expenses.
Consult a tax professional if you think it applies to you.