My celiac was at a water park in Connecticut with his buddies from camp a couple of weeks ago.  As teenagers, they are allowed to go at their own pace on the rides and break for lunch at the concession stand whenever they feel like it. 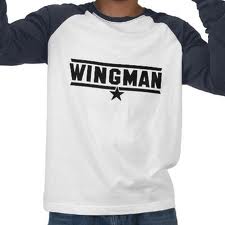 These concession stands typically offer up the bunless burger and questionable French fry option for a person with a gluten intolerance, but my celiac decided on some sort of fruit and yogurt smoothie for lunch.
He proceeds to tell me about the conversation he had when he got back to the table with all of his friends.

Wingman:  “The cookies right on the counter, right next to the cash register that say in really huge letters “GLUTEN-FREE.”


Now you have to use your imagination to conjure up the man/boy voices and teenage intonation on this dialogue.  But, the short version of the long story, is that my celiac went back up to the concession stand counter to check out the cookies and right where his buddy described was a display of packaged gluten-free cookies.
He was so focused on going through the menu up on the board to figure out what he could and couldn’t eat that he didn’t even see the gluten-free option right under his nose.   His friends have known about his dietary restrictions for so long and they understand it to the extent that their 13 year old teenage brains allow and they are actually incredibly helpful to my son.


The moral of the story is that it is never too early to develop your dietary wingmen.
Kendall Egan
Posted by Gluten-Free Living at 10:54 AM 4 comments: